Menu
Safety, Learning, Respect- our three key values. Arlecdon primary School is proud to be part of the West lakes Multi-Academy Trust. We are now accepting Applications for Reception Places 2021
B Log In Log in
C Google Search
A Google Translate 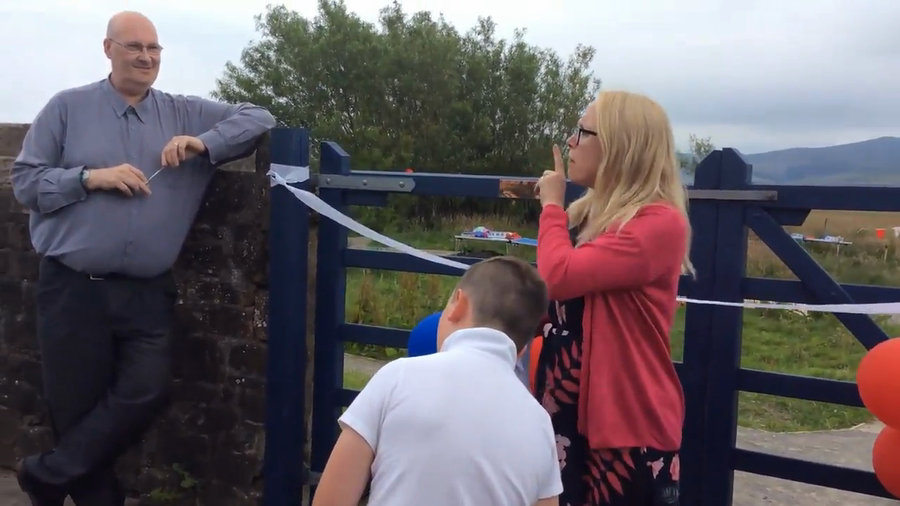 Our field was officially opened at the FOA Summer Fayre on the 4th July 2019. Mrs Figes Head Teacher did a speech and thanked all who had been involved to date. Mr Alan Rankin, who was a Chair of Governors at the School for many years, cut the ribbon!

Brian's wife Elaine and daughter Joanna came to see our field and read the plate displayed in Brian's memory on the gate to the field. Elaine said that Brian would have loved this space, he enjoyed everything about nature

Aspiration for the space

To turn an unused green space into a safe and stimulating learning environment for our pupils and families. For the space to be used by other local community groups to assist with outdoor learning. The space needs to be wheel chair accessible. It needs to ensure participants can observe and interact with the natural world. It needs to provide a habitat for local wild life. It needs to enable us to deliver Early Years objectives for Physical Development, knowledge and understanding of the world, as well as communication and language. The space would ideally contribute also to the Science and D&T curriculum, by growing fruit and vegetables, which can then be eaten by the pupils. It would also work as an inspirational area for literacy work on our wild outdoors. We will expect to work alongside Calderwood House on this project. They have already agreed to support the school in this way.

Fun in the Field

Ideas for Our Field

Project Plan set after the drainage was completed in Aug 2017

We are currently working on stages 3 - 7, with many of the foundation works completed since been awarded the HPCF grant from CCC in November 2018

The School was awarded a NuGen Green Grant in March 2017. This grant was in honor of photographer Brian Sherwen. The grant allowed us to get the field drained, which was a major kick strt in been able to use the space as prior to been drained the field was very water logged and unsafe for use. We were advised by the Wild Life trust to allow the land to drain naturally for 12 months. What a difference that year made!

In April 2018 volunteers of staff members, family members and Calderwood house volunteers, cleared the space of rubbish, piping, blocks, rubble. This made way for the landscaping to begin later that year.

After clearing rocks/rubbish in the mud and rain.

In November 2018 we received a grant from Cumbria County Council through the Healthy Pupil Capital Fund which allowed us to begin landscaping. As a result of the grant we have now employed a local landscaping firm, Property Landscape Services, to begin the work of laying paths, creating areas for sand and gravel pits. The paths and bases will be filled with gravel which has been donated by Tendley Quarries. We will also have other areas of interest to the children, including wigwams, a bird hide and a bug hotel which have all been built for us by local joiner Mark Wear who also volunteered to lead the workshops with the pupils to build the greenhouse out of recycled bottles.

Our Green house is made from recycled bottles, many of which donated by friends of the school, but a third were collect with the help of one of our sponsor Kaefer. Local joiner Mark Wear ran workshops with the pupils to build the greenhouse out of plastic bottles. We hope to start using the green house in the Summer Term of 2019